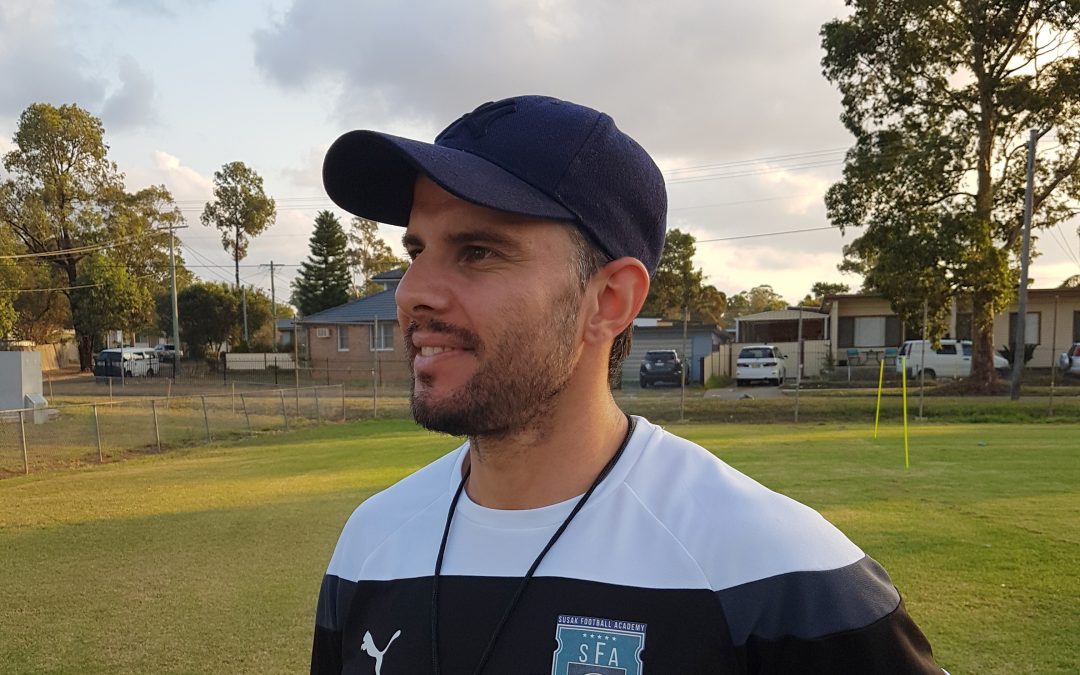 I was born in Fairfield Hospital and grew up in Wakeley, I come from a Serbian Background.

First recollections of playing football were on the streets playing against kids double my size, following that I joined White City Soccer Club at the age of 5.

At the age of 17 I went to Serbia and played in the youth team, at the age of 18 I signed my first professional contract and made my debut for the first-grade team playing in top flight Serbian League. During my professional career I played in 8 different Countries and won some Silverware on the way. I finished playing in 2017.

I Got into Coaching straight after I finished playing as the head coach of Bonnyrigg White Eagles Brian Brown had offered me to be his assistant, I gladly accepted.

My greatest personal achievement is just seeing these young kids develop and get better week by week; this is what I enjoy most.

My Week starts with a nice Oat Milk piccolo Monday morning followed by organising my weekly training session programs, then it would be a few phone calls to President of the Club Voya and some coaches to make sure everything went smooth over the weekend.

4pm I will be at Chisholm Park setting up my Academy sessions and then overlooking the White City training sessions Monday to Friday, a lot of coffee in between.

I played under a few quality Coaches in my time, Ange Postecoglou,  current Southampton Manager Ralph Hasenhuttl  and ex Inter Milan and Valencia Coach Hector Cuper  and what I found was they all were very big on high Game/training intensity and attention to detail and that’s what I try to replicate with my Kids.

I have played with some great players and one that stands out at the moment would be Dusan Tadic Ajax Captain, we played together in Serbia, he was just coming through the youth set up and started training with us in 1st grade, an unbelievable talent, you could already see the X factor he had at the age of 17 , the technical ability and the confidence he had to take on players anywhere on the field was something that stood out for me.

He would be in the gym an hour before training and an hour after, he would really work hard on himself.

I also played with Milos Krasic who later played for Juventus, another great player who had the x factor, loved running at players with speed, his hairstyle let him down and I would let him know about it.

Message to kids would be to train hard and never stop believing. As they say hard work beats talent when talent doesn’t work hard.