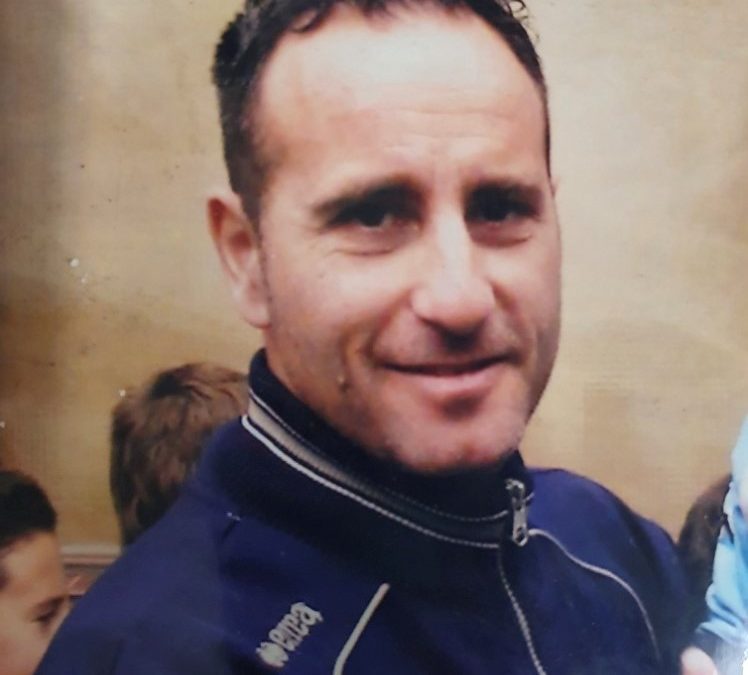 As a western Sydney kid, I grew up around the Liverpool and Fairfield Districts going to Busby Primary and then onto Miller High School, completing my year 11 and 12 senior year at St John’s Park High.  I played for clubs like Marconi, Sydney United, Sydney Olympic. St George and Bonnyrigg White Eagles.

The thing that pops up in my mind when I look back at starting out as a footballer, was a local school game playing for Busby Primary. I remember it was a night game and most of the school came to watch. We had a photocopied program of our names, and it was like we were going to play in a world cup. To be fair, I cannot remember who we played, what the result was and if in fact I played well. All I remember when I think of being a kid was that gut feeling of nerves sitting on the lounge at home with my dad putting on my shin pads and boots ready to leave for the game.

I was fortunate enough to be part of the Marconi set up from age 10. At 17 I was signed with 1st grade and was able to earn $60 a week. I remember letting it build up over the weeks and collect it every month, so it felt like a huge payment for being a footballer. Back then, the NSL was something to experience, and I think something that made my generation strong. Most of the elite coaches in our current set up are all from this NSL culture.

I was fortunate enough to start coaching with Sydney Olympic Reserves whilst I was a player there. It was exceedingly difficult to coach your peers who were of similar age, but I believe this was the making on how I learnt to manage players.

My greatest achievement in coaching is being able to share emotion with my players and making sure they play with zero pressure and zero expectations. Do not get me wrong, we only ever play to win and silverware at any level is what you chase, but it is how you get there that matters. The best championship I have been a part of, was last year at Kemps Creek winning in a penalty shootout with both teams taking bad penalties.

I went away from the game for a few years driving my son to his foot balling commitments. I returned a couple years back assisting with the Kemps Creek Premier League Team. I have a son that plays in that team and my younger son is the coach. We have brought back players from our junior teams, who have fallen out of love for the game and re sparked their passion to play with FOF, the “Freedom of Football”. Zero Pressure and Zero Expectations. We chose park football, to avoid all the headaches that boards create in NPL clubs. They just wanted to play this game again. To see these boys having to pay to play, and not go out and get paid to play, is a true reflection of Just Loving the Game.

I never had a role model as a coach as I believed you must be your own person. You build your strengths every year as players change, so too does your growth as a coach. I never played and will never play the same formation week in and week out, as I believe that the ability to adjust to your opponents or adjust to injuries your team might have is vital. Finding alternate roles and positions for your players in your squad is also important as a coach who wants to develop. Yes, I have had many coaches along my journey, and many had attributes I brought with me, however, you know you have grown as a coach, when the players still love the game even after walking of the pitch behind on the scoreboard.

The only ambition I have is to continue to assist the boys at Kemps, Creek on the back fields of nowhere. No pressure, no boards, no money influencing anything. Just 16 players that love coming together on a Sunday playing Sunday League.

As far as players I have played with or against, the 2006 world cup is my generation of players. We grew up together, we had no social media, phones or colored boots. We just played to play. To name a couple would be unfair to the others as every single player back then played for all the right reason.

Your Club, the badge and most of all the players sitting in the sheds with you. As far as players I have coached, the best footballer I have come across is Ogun Dullak. He is a foot balling Genius. Those that know him, I am sure would agree – do not coach him, just give him his playing shirt on game days.

A message my eldest son gave to my youngest has sat with me for a while.

Play the game because you love it. The moment you play to make it or get scouted, is the moment you lose your edge.