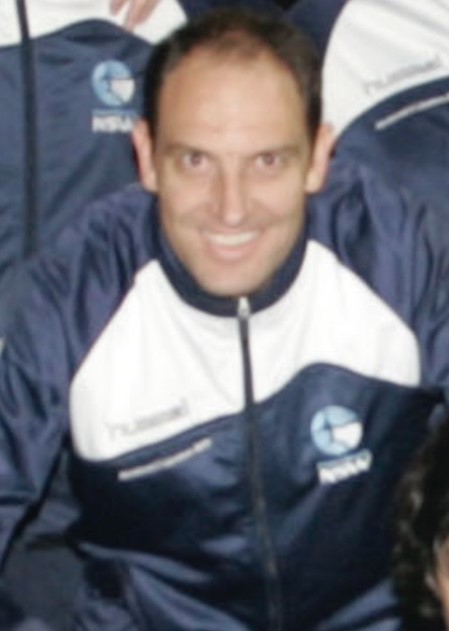 I grew up on the outskirts of Sydney in a place called Towler’s Bay (Pittwater). It was, and still is, an amazing place for kids to grow up – a lot of space & freedom.

My first recollections of playing football are playing with my friends at my local club at the time, Pittwater RSL FC. We had a lot of fun.

I represented Australia in the 1991 Joeys team which competed at the U17 World Cup in Italy. I played club football in the old NSL with Melita Eagles, Canberra Cosmos & Newcastle Breakers. I finished playing in my early 20’s due to advanced hip osteoarthritis.

When I was in the first year of a Human Movement Studies degree, I had to complete a work placement in the field. I assisted with coaching an U13 boys team with my first club, Pittwater RSL FC.

Surviving to this point…..

The kids in our program come from a wide range of previous football experiences & their skill levels also range from novice to advanced. Many of the kids show talent in human movement but have never really played football before, often because they are from migrant & refugee backgrounds and their life journey has not been linear in the way mine was (for example, you start school at 6 years old, you play football for your local association club et cetera). Some of the kids have learnt their football skills quite literally in the back streets of Baghdad & Kabul.

Our football program is called Football 4 Development. It operates on three mornings each week. We have one girls squad consisting of years 7-10 girls & two boys squads, years 7-9 & years 10 & 11. Each squad trains one morning per week starting at 8:00 a.m. until 9:30 a.m. The kids then change into school uniform and attend classes for the rest of the school day. We are very fortunate to have access to excellent playing spaces & facilities at Fairfield High. We train on synthetic grass within the Ultimate Soccer complex which operates within our school grounds.

My first role model as a player was Pele. I watched a lot of videos of him when I was a kid. I think that has influenced my choices around what I do as a coach. The importance of technical skill is central to all of it.

As far as coaching role models go, I certainly admire Ange Postecoglou for his leadership & conviction for how he wants his teams to play, especially when all people doubt. A lesser person would wither under the same pressure.

To keep doing it.

I think what stands out in the players I have coached is the quality of persistence, especially during and after apparent defeat.

Ask yourself these questions: