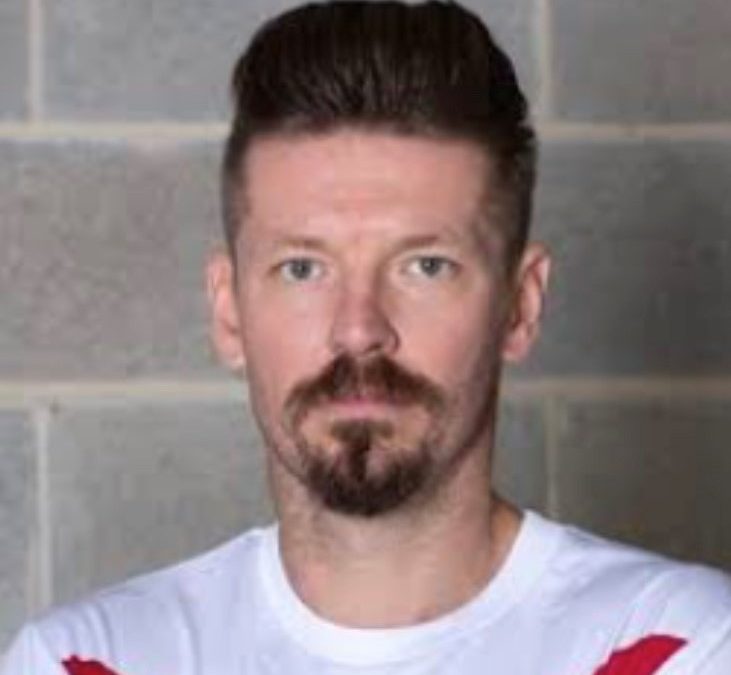 I was born in Vares, a town in Bosnia (former Yugoslavia). Due to Yugoslavian wars, early in my childhood, purely by luck and my parent’s resilience, we fled what was a very violent and chaotic part of Yugoslavia to Serbia (place called Lazarevac), leaving everything behind. Early years were difficult, and we experienced incredible hardship and poverty. My mother was battling cancer and dad worked 20-hour days just to provide us with shelter and food. We did not have much, apart from basics and each other. After struggling to make ends meet for few years in Serbia, my parents decided to apply for immigration visa which was granted in early 1998 and we officially arrived on Australian shores on 2 April 1998. The rest is history, and we are lucky and blessed to call this wonderful place our home.

It would have been when I was around 5 or 6 years old, my younger brother and I kicking a ball in the street with other refugee kids in one of the makeshift civilian camps. We would go out in the morning and just play street football to all hours of the night. The football and the game brought so much joy to our lives from such an early age that it stayed with us all these years. We are football addicts.

When I was a around 10 (after playing well at School championships), I was asked to join FC Kolubara (a club that is currently competing in Serbia’s SuperLiga) youth academy. However, due to limited financial resources, my parents pulled me out after few months. When we got to Australia, I started my footballing journey with Liverpool Rangers and from there went on to play for various NPL1 and NPL2 clubs (both in youth and senior program) winning a number of domestic titles. In turn, I was selected for a couple of schoolboy sides (both in futsal and outdoor) and won numerous state and national titles, representing the state of NSW. With the small- sided game, I had the privilege of representing Australia in a couple of international competitions. One of those competitions was the Vodafone Cup in Greece, where we lost in the semi-finals to Spain but through which I ended up training at Olympiacos and then going to Germany and training with FC Saarbrücken (a team that was in the second or third division).

I got into coaching in my early 20s. It first started with Futsal, coaching both junior and senior sides. I realized then that coaching was something I loved and wanted to do long term. From there, I coached outdoor university sides and won Australian University Games as a coach and a player. It was not until I spoke to Nick Carle few years back that I got involved with NPL coaching, firstly starting with SAP side, and then progressing to seniors,18s and 20s.

Greatest personal achievement would be being a father to two wonderful little girls, completing my university studies as a lawyer and starting a boutique law firm. I did a lot with football too and travelled the world as a result, but family is something I value the most. In terms of coaching, it would have to be mentoring and developing some of the young talent at SD Raiders SAP, helping the club get promoted from NPL3 to NPL2 and coaching NSW Futsal Team to National Title over Victoria some years back.

My football week starts on Sunday morning where I watch the footage of the game from the night before, analyzing team and individual player performances. From there, I work on sessions for the week, trying to solve some of the problems we experienced on Saturday but also preparing for the game ahead. This includes preparing team and player packs, where I highlight areas of improvement or actions that we executed well, with clips from the game and drills that help individuals/team improve their game.

As a young kid I was privileged to be coached by Vic Dalgleish(a brilliant Scotsman) who was a great motivator, loved aggressive and fast football and was amazing under pressure. His way of football had a great influence on me. In turn, I like to play high pressing, possession-based football, so I closely follow and try to learn from coaches (domestic and overseas) who share the same philosophy. Also, I am a Manchester United nut, so I followed Sir Alex Fergusons coaching career very closely. While my footballing philosophy is different, I have learned a lot from his management style.

I would like to attain a Pro License and see how far I can take my coaching journey. Ideally, I would like to get a job at an elite football academy overseas or coaching at the highest level domestically.

As a promising young footballer, I had a chance to train and sometimes play with some domestic players that I thought were out of this world. Radovan Filipovic, Bobby Despotovski, Danny Vukovic, Ballamodou Conde are players I thought were good enough to play on any stage (and some did). All of them, loved the game, were technical and intelligent and always had the time for young kids who wanted to learn and improve.

I say two things to my players every year; 1. you must do each day what others will not, so that one day you can do what others cannot; and 2. without self-discipline, success is impossible.

In my view, to be able to live a football dream you must be willing to go longer, work harder and give more than anyone else.