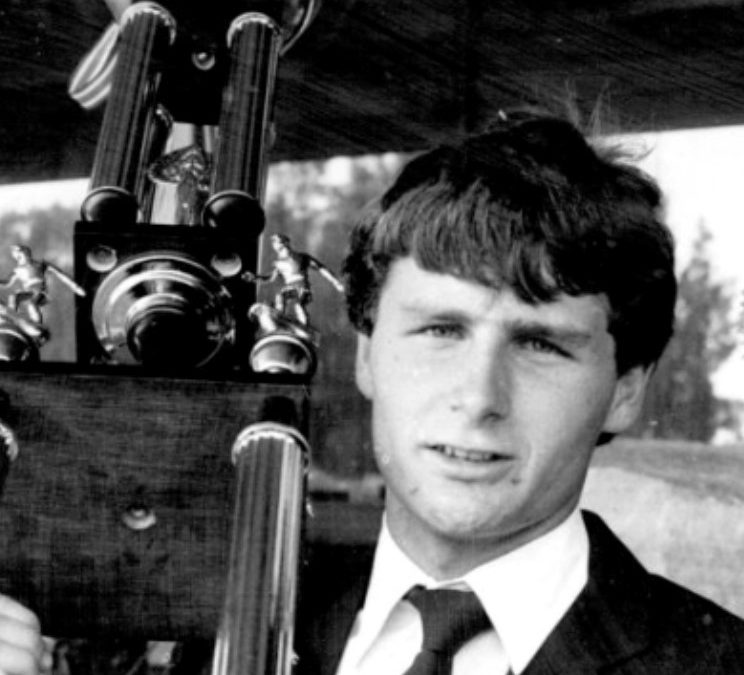 I was born in Scotland in 1964 and I came to Australia as a toddler. I come from a football family and my father George was brought to Australia by the Pan Hellenic club (now Sydney Olympic). My first club was Marrickville Red Devils in the Canterbury Association. We then moved to the Nepean area where I played for Lethbridge Rangers (now Mt Druitt Town). I played representative football for the Nepean district and from this I was selected in various State teams. As a 16-year-old, I played for Auburn in the NSW State League and from there joined NSL club Marconi Stallions.

I loved being part of a team environment. Training was fun and I was always the first one at the ground. Our home ground was Mackey Park in Marrickville, and I was always up early on game day getting ready to play. I started playing at 4 years of age, and there were no mini-fields in those days so there was lots of running and lots of space to play in!

I played semi-professional level, which meant that you had to work during the day and train in the evening. When representing the Australian Youth Team and the Socceroo’s, we attended many training camps which meant we were virtually full-time professionals when playing for the national team.

We trained 3-4 nights a week, and most games were on Saturday nights. Most training sessions were used to improve ball skills and rarely the focus was on fitness. The last session before a game was always focused on tactics.

I was approached by Ron Hughes from Southern Districts Football Association to get involved in coaching after my playing career at Marconi Stallions. I ran several NSW Football accredited coaching courses in the district and from there was appointed the Technical Director of Football.

My focus has mainly been on Youth development, so it is great to see young players improve their skills, mental strength and understanding of the game. It should be the goal of all coaches to maximise the potential of each individual player and harness those skills into a team environment.

I am no longer involved in football, but I follow the results in the A-League and the achievements of the Socceroo’s and Matilda’s.

I was fortunate enough to work with many great coaches in my career and I learnt things from all of them. They taught me the value of effective communication and the importance of giving clear instructions and explaining expectations.

I have no plans to coach football in the future.

The Marconi Stallions teams of the late 1980’s and early 1990’s played excellent football and at that time I was lucky enough to play with the likes David Lowe, Zlatko Nastevski, Tony Henderson, and many other top players. I also played in various national teams with many excellent players such as Graham Arnold, John Kosmina and Frank Farina.

I think regular qualification for the World Cup finals and continuing their excellent showings in the Asian Cup are realistic goals.

Preparation is important to achieving your dream. Work on your skills, make sure you are a team player and always strive to be the best player on the field. Be respectful to everyone in the game and always believe in yourself. Stay strong and persevere when you have setbacks or face new challenges. Good Luck!