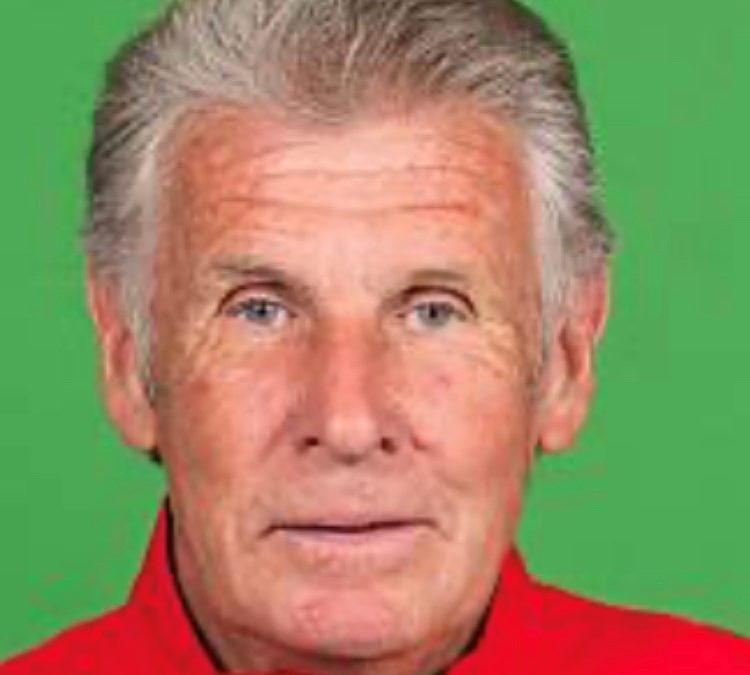 I was born in 1941 and grew up in Lakemba, attending Lakemba Public School, and then to Canterbury High School. My first playing venture was with Lakemba District Football Club playing in U/12 division one as a left winger.

Before the above, I played in the public school, where I played in goals. We were successful in the State Primary Schools K/O competition. I played in the Canterbury district, where I was selected in the U/16 rep team where we went on to win the state title. I then moved to Canterbury /Marrickville and played in the 3rd grade (U/18)for 2 years, then moved into 1st grade at age 20, being the start of my football career.

I had a 1st grade career of 20 years, playing for the above club as well with Pan Hellenic, Sydney, Croatia (12yrs), Manly (player and coach), Sutherland and finishing up with Marconi at age 41 in the National League, playing over 500 1st grade games in total. I also represented NSW on 14 occasions, and Australia on 40 occasions, including 2 World Cup campaigns.

I was always coaching, taking the 3rd grade and junior sides when I was playing at Sydney Croatia and Marconi. When I retired, I coached at Canterbury /Marrickville as 1st Grade coach for one-year, bringing to 1st team an 18-year-old Graham Arnold.

I then spent 4 years with Marconi as assistant GK coach to Les Schienflug /Roaul Blanco.

I returned back to Sydney United as assistant GK coach to Vedran Rosic, and also TD for newly formed youth sides.

I then took over as 1st Grade team coach where I blooded young players such as Kalac, Popovic, Zelic, Babic, Milicic, Rudan etc.

I then had a spell with Football NSW as GK coach.

I spent six years at Wollongong Wolves as asst GK coach. As head coach, we won 2 titles and were Oceania Champions, qualifying for the club world cup.

I then spent 6 years at the AIS institute of sport working as G/K coach and working with U/16 and U/19 national teams.

PLAYING: for my country and the outstanding performances in away-from-home world cup games and overseas tours.

COACHING : Winning 2 titles with Wollongong Wolves, and to qualify for the world club cup.  Western Sydney Wanderers – part of the coaching staff to be Premier’s 1st year in the A-League, and to win the Asian Champions League the first time in the competition.

I am also very proud of all the young goalkeepers and players that I have brought to first team and national level. I will only mention a few as there are too many to name ie Mark Bosnich, Zelko, Kakac, Tony Popovic, Graham Arnold, Paul Reid etc.

I was always G/K coaching while I was playing, so it seemed natural that I would continue that role. I found that I had a natural approach to coaching, which was beneficial to players and teams. I had been coaching at the AIS for the past six years, and when I saw that Tony Popovic was to be head coach at WSW, I spoke to him, and I ended up with the position. He was not worried about my age, as I kept myself very fit and I still could physically conduct all the work required. The 3 years with the players and coaching staff involved was a very enjoyable period.

I have been involved with many coaches during my career, and I have tried to take something from all of them. Of the coaches, ones that stand out are Hoe Venglos, Joe Vlatis, Terry Venables, Rale Rasic, les Schienflug, Michael Kiss.

In Goalkeeping, there was Denis Adrigan – the 1st G/K coach to come to this country. All had a large influence on the way that I coached.

My only coaching philosophy was to play an entertaining brand of football with a strong defence, not inhibiting players of their natural ability. To allow them the freedom to express themselves for the success of the teams, and the individual progress of the players so they could further their careers.

I am coaching the G/K at Bankstown City youth teams to 1st grade as I live in the area and have a long association with the people running the club. I am looking to help the club with all the teams, not just goalkeeping. At 80 years of age, I am sure that the only coaching ambitions that I have are to help the club be successful .

Yes I have been fortunate to take the field against to name some, the greatest of them all was Pele against Santos, George Best, Bobby Charlton, Dennis Law with Manchester United. The Great Chelsea Team coached by Tommy Docherty with Peter Osgood, Terry Venables, Bobby Tambling, and other great players who came and played in this country whilst we were banned from FIFA in the early 1960s. There were international players from all countries playing in the Australian competitions.

If you have and show talent, that will always get you a start. But it is how hard you work and how smart you are about it to listen to those people who can help you to advance. You must have two attributes – to be humble and have respect for other people.