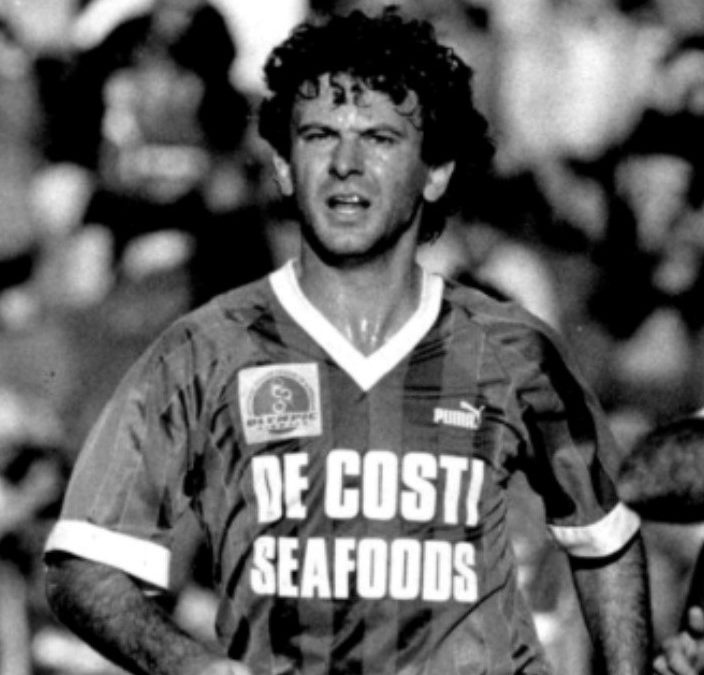 I was born in Kastoria, Greece. I came with my parents and sister to Australia when I was 2 years old, and I grew up in Bardwell Park.

I played professionally for Sydney Olympic in the NSL for 12-13 years. At that time, I also captained the Australian under 20 and Australian senior squad. I played for the Socceroos for 8-9 years.

I retired in 1991 and then I went on to managing, coaching and became the CEO of Sydney Olympic over a number of years at different times.

In those days, training was 4 times a week and playing in the NSL was enjoyable and demanding at the same time.

I think the quality has improved due to the fact that there is a lot of overseas playing in the A league. Obviously with the better facilities in sport science, training etc, the whole set up is more professional.

Player development has gone backwards and the first step to be able to improve player development in this country is for the Australian soccer and state federation to admit that there is a huge issue in the development of young players. The clear facts are that if you look at the “bottom line” in the last 10 or 15 years we haven’t produced the players that we did in the 80’s and 90’s. Unless the administrators and the theorists admit to this fact, I don’t think we will improve the development of young players for a long time.

One way to Improve young players from an early age is to allow them to express certain skills on the field. Dribbling, shooting etc, rather than restrict them, which some programmes do. I strongly feel that junior footballers should go back to postcode football, meaning players should play for the local team of your area and then play reps football on a Sunday. Up untill the age of 12, where then players can move onto the state league clubs.

Obviously, the qualifiers for the World Cup, and to see if we can get into the quarter final stage.

I’ve played with and been involved with many great players in this country, and I’m not going to name anyone because at the end of the day I will forget a few and I don’t want to insult anyone.

From a young age, make sure you kick a soccer ball around for at least half an hour to an hour a day and try to stamp yourself with being the best at one football skill. Whether it be shooting, passing, dribbling etc.