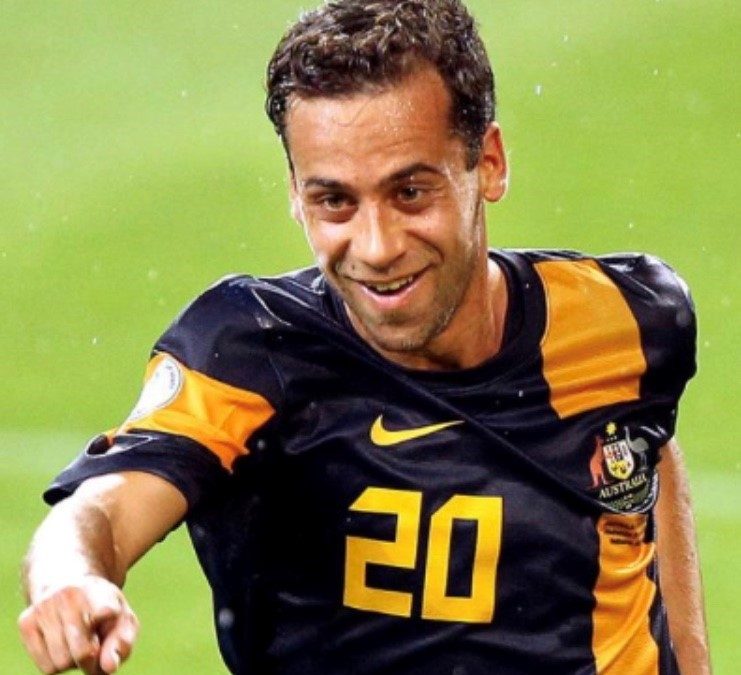 I grew up and still live in Western Sydney. My parents immigrated from Uruguay to Australia, which is where I guess that passion for football came from. My father loved football and played himself. As a child, I would watch him play, and of course as soon as I was old enough, he registered me into a football club and I was fortunate it enough to have played it for most of my life.

My earliest memories of playing football were when I was 6-7 years old and played for a local Uruguayan Club called Fairfield Athletic. I have many fond memories of that club due to my background and a lot of the guys I played with in that team I still know very well to this day.

I managed to play for the club I supported as a child, Marconi Stallions in the NSL as well as playing A-League for over 10 years, 9 of those with Sydney FC. I played a season in Belgium’s Jupiler League for Westerlo, spent 2 seasons in the Japanese J-League playing for Shimizu S-Pulse and another 2 seasons in the UAE playing for Al Ain.

I also represented Australia at under 20 level playing in the World Cup in the UAE in 2003, at under 23 level playing at the Olympics in Athens in 2004, and played for the Socceroo’s at different stages throughout my career

I retired from football after the 2018/19 season with Sydney FC.

I played in 2 different era’s of Australia’s football history. The NSL was semi-professional, meaning we trained 3 times a week, but the A-League was a lot more intense due to being a fully professional league. We typically trained on a Monday and Tuesday with a lot of focus on strength and fitness. Wednesday would be off to freshen up the body, and Thursday and Friday would be fine tuning the squad for the weekends game with a lot of emphasis on opposition analysis, as well as attacking and defensive structures which would depend on our opposition that weekend. If the game was on Saturday, then we’d normally go to the beach for recovery and massages on the Sunday

Some memorable goals that stand out when I think back are definitely my first ever National League goal for Marconi. I came on as a substitute and with a couple of minutes left scored the winning goal in a 1-0 win over Sydney Olympic. Scoring in my first Sydney Derby was an incredible feeling, a winning goal in a very entertaining 3-2 win with some fans running onto the pitch to celebrate with us.

Scoring a double for the Socceroo’s in a qualifier in Melbourne against Saudi Arabia was also an incredible night. Sharing the pitch with some of our greatest Socceroo’s and scoring those goals, was a great feeling. And lastly, a goal I scored in the 6-1 demolition of Melbourne Victory in my penultimate match was a nice one as well.

To be honest I think the greatest thing I take from my career is the fact I was able to play the game I love as a professional for 18 years. Playing in an Olympic Games, representing the Socceroo’s, winning championships with Sydney FC and having the opportunity to play football in 3 other leagues around the world were all incredible moments for sure, but being fortunate enough to be able to play for as long as I did, and eventually retire when I felt I was ready, I consider to be my greatest achievement.

Embarrassingly, I haven’t done any exercise in the 2 years since I stopped playing, let alone play a game of football. I always said I wanted to relax and enjoy retirement and I’m worried I’m enjoying the lack of exercise a little too much.

I didn’t really model my game on anyone. No 2 players are the same, so I realized I had to use whatever my strengths were to my advantage and work on my weaknesses to try and improve myself constantly. My football idols growing up though were Harry Kewell as a young Aussie footballer, and Alvaro Recoba as a fellow leftie.

I’m not doing any coaching. I’m going to be working with Channel 10 and Paramount Plus doing some analysis and panel work on the A-League and Socceroo’s matches.  I’m also about to start getting more involved with Sydney FC with the Centre of Excellence they are building, as well as re-engaging with members as part of their transition back to the incredible new stadium in Moore Park.

There’s a few I wouldn’t mind mentioning. Guys like Shinji Ono, Juninho, Omar Abdulrahman, Ufuk Talay and Steve Corica were absolute geniuses with their footballing technique. The things they were able to do with a ball and their vision was something else. It was a genuine joy to be able to share a pitch with these guys. Asamoah Gyan, Bobo and Le Fondre were the best goalscorers I played with. Guys like Terry McFlynn, Ivan Necevski, Mark Bridge and David Carney were some of my great mates that I loved playing with.

In the national team, being in camp with guys like Harry Kewell, Tim Cahill, John Aloisi, Popovic, Craig Moore, Vinny Grella, Bresciano, Schwarzer, absolute legends of our game, and wonderful footballers, was unforgettable for me. Their drive and passion at training was incredible to get to experience and be a part of.

Technique and game awareness for me is an area I really think is under-developed in this country. It’s an area we are very much lacking when we look at our club performances in the Asian Champions League; and something I think we need to place greater importance on to develop the next generation of players who can play in the best leagues in the world.

I think the A-League has developed from the old NSL into a league that places more emphasis on work rate and speed at the expense of good technique and a football brain. And obviously that starts from our young players who need to be properly taught those things at a more consistent rate than what we are seeing coming through.

We are looking good in the final stage of qualifying for Qatar. I would like to see us start to become regulars in coming out of the group stages. To do that we need to be developing players to play in the best leagues in the world. Since our golden generation, we’ve been lucky to have more than 1 every year

Finally what message do you have for all the kids out there who want to chase their footballing dreams?

Just enjoy every part of it. As someone who’s now retired, memories are all you’ll ever have, and to look back and have enjoyed the whole experience, of which there will be plenty of good and bad, there’s nothing better. Try and constantly look for ways to improve your game and work hard above all else.  You will have many hurtles along the way, but you have to show strength to push past those things and get back to where you want to be.