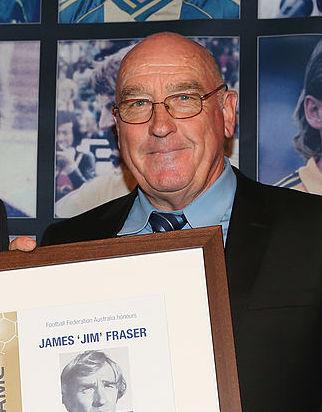 I grew up at Dulwhich Hill, which is in the Canterbury Association and played for Hurlstone Park Wanderers.  In those days we played for the club on a Saturday with representative matches played on the Sunday.

The representative teams were selected from all of the clubs in the district and in those days, Canterbury were very strong in all grades.

I was selected as a goalkeeper when I turned up on the first day of the season. Because I was new, I was left behind at the ground when the team left for the game at another ground.

This was in 1958 and there were very few parents who owned a car so sometimes the whole team would pile into two cars, or at times one parent would make two trips to get the team to a game.

Fortunately for me, when I was left behind the club secretary Bill Brackenbury saw me and threw me a ball, so I could have a kick around.  I caught the ball and he decided I had some potential and told me he was going to make a goalkeeper out of me.

The club became my home away from home, we would arrive at the ground at 8 am on a Saturday morning then leave after the all-age played in the afternoon, walking home in the dark.

I played all my junior football there. Playing there was just a great experience, as I made lifelong friends who I am still in contact with.  There was no real coaching structure in those days, coaches were a father who owned a car, but there was plenty of support from

the club’s supporters and the older players in the club.

At twelve years of age, I was fortunate to be selected with five other players to train with the Canterbury first grade squad.  John Warren and John Watkiss, who were just sixteen at the time, were playing in the firsts and we trained for the next three years on a regular basis with the team.  Col Curran, Dennis Yaager and I all went on to become Socceroos while the other three all played first grade on a regular basis.

My first recollection of playing football is still very clear.  I was around eight years old and joined in a schoolyard game where we were playing with a tennis ball.  The ball came to my feet, and I stopped it, and one of the older boys called for me to centre it.  I was totally confused as I had no idea what he meant.

I represented NSW both as  Junior and a Senior Player, I was a member of both the 1970 and 1974 World Cup Teams.  My career ended in 1977 after I had carried a serious shoulder injury for a year.

After I was injured, I went straight into coaching, first in the junior ranks and then over the years coaching at State League, National Soccer league and A League with Sydney FC.

Throughout that time, I also coached at State and National Level with Both the Matildas, Olyroos, and Socceroos.  I was determined that I would become a better coach than I was a player and I worked hard at developing new methods with a view to setting up a proper goalkeeping academy at a later stage.

Apart from my family, I have had some success on and off the field.  After a serious motorcycle accident in 1985, I was incapacitated from my injuries and confined to home while recovering. I taught myself to make leather goods and from a start in my garage. The

business progressed and I gained the contract to produce Motorcycle saddlebags and accessories in Australia and New Zealand under licence to Harley Davidson. We later became suppliers to Yamaha  Australia.  Although the business is now closed, I still produce high end belts and occasionally saddlebags.

In football I have been blessed with the experiences I have had both playing  and coaching at so many different levels within and for Australia.  I was also the head coach for the Philippine’s under 19, under 21, and Olympic teams over a three -year period.

The Goalkeeper’s Academy was twenty five years in the making. Goalkeepers are often neglected with little or no specialised training, and I was determined to open a facility that catered for goalkeepers of all ages and abilities.

I wanted the Academy to be a home for goalkeepers.  I also set a program that would mentor young goalkeeper coaches, this was very successful and many of our young keepers are now also coaching.

The academy opened in 2006 after I had leased land from Blacktown Council at the Blacktown International Sports Park.

The Academy had an artificial turf area, lecture rooms, dressing shed’s , offices, a kitchen a goalkeeper specific gym and a large natural turf area. And we also installed very good lighting. I closed the Academy in 2017 as the industry was changing.  Clubs had become more demanding with their player’s time. Clubs that previously trained two nights a week were training three or four.  This meant that the keepers could not attend on a regular basis, and it was not possible to stick to a curriculum, and also our Keeper-fit strength and conditioning program could not be adhered to.

Junior and as a Senior and National team player.  Denes Adrigan, who coached many Australian International goalkeepers, Nick Sokolov who was instrumental in Mark Swartzers development, and Ron Corry who has mentored me both as a player and coach since I was twelve years old.  Ron, myself and Alan Maher, who succeeded me in the Australian team, talk on a daily basis on all things goalkeeping.

My goalkeeping philosophy involves coaching all aspects of the game, technical, tactical, physical, psychological, and also body maintenance. For goalkeepers to be successful at the top level they need to be competent in all of those components.

My interest is now in the development side of goalkeeping, and I have been working at the West Sydney Wanderers Academy for the last three seasons.  I also coach in group and private sessions down in the Wollongong area where I live.

I have been fortunate enough to train many goalkeepers who either played at the top level or came through the system with NSW squads over the years. Some of these keepers were already established keepers when I coached them at NSL, A League or in national team, while others came through the system, and I spent more time on their development before they went on to play at a higher level.

Liam Reddy, Vedran Janjetovic, Jack Duncan, Mat Ryan, all trained at the Academy as part of their development. Tony Franken, Brett Hughes, Gary Meir, Dean Bouzanis, Frank Mikeletic, Alan Maher, and Clint Bolton and Glen Moss were all coached at clubs where I was employed.

All of the keepers had different characteristics, the longer a coach gets to work with the keeper the more of a relationship you can develop and the more you can help them in all areas of the game.  Bolton for instance was incredibly consistent over all the years that I coached him and I knew him well enough to read his moods and gauge his physical state.

Mat Ryan was dedicated in all aspects and put a hundred percent into each session.  At one stage when Mat was injured, and he could not train on the field, he rode his bike to the academy and worked in the gym.  He was totally dedicated and was always going to make the best of any opportunity that came to him.

It is a great time in Australia to be a developing goalkeeper. There will be opportunities in the A league and NPL teams and young keepers must be prepared when an opportunity presents itself.

Make sure you develop your all -round game and identify and work on ant weak areas.

We keepers all love shot stopping, throwing yourself at the ball and pulling off the big saves, however that is only part of the game.  Try and find a keeper coach who will develop all areas of your game and not just smash you in training with intense shooting sessions.

Play as many games as possible, it is no good sitting on the bench in the top competition when you could drop a division and get regular game time.

Set some short term, mid -term and long -term goals that will help you plan a career path.

Don’t be scared of making decisions in practice or in matches, you have to continually test your boundaries to measure your improvement.