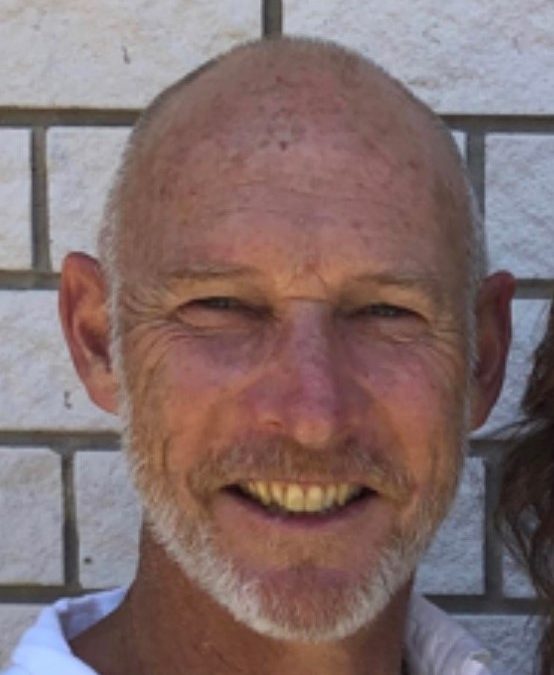 We lived in Newtown until I was about 7 or 8. I do remember playing in the lane way just up the road from our place. It was the safest place to play as it was a cul-de-sac. We then moved to Moorebank. We lived about 1km from Ernie Smith Reserve. Dad was German and Mum Australian. Dad loved his football mum put up with it. I grew up with 2 younger brothers Anthony & Matthew who also played. I had an older brother, who was 10 years older than me and passed away when I was 17. Suffice to say, Anthony, Matthew and myself played a lot of football in the front yard and we broke plenty of windows at home. Matthew stopped playing due to injury in his late teens and Anthony played in Wollongong and with a few NPL 1 & 2 Clubs. Anthony & I were fortunate to play together to for 2 seasons. 1 season at Moorebank (NPL 2) and another at Penrith NPL1.

My first recollection of playing with friends in the laneway at Newtown. My other recollection is playing at Liverpool Robins. I played there in u8’s or 9’s when we moved to Moorebank. It was my first official club.

I played with Liverpool Albion (NPL3) back in the day. I fortunate the club and coach liked me. Les Decelis was the 1st grade coach. He had me playing 1st grade at 15 which was a bit daunting. He and the club also arranged a trial for at Wimbledon, who were in the 4th division at the time. This was an awesome experience training with professional club for 12 weeks. Incidentally many of the players and manager at the time were still at the club when they reached the 1st division. I wasn’t successful at Wimbledon but it was fantastic experience. I returned to Liverpool Albion for the following season (as this was the deal, I had with the club for setting up the trial). At then of the season, I left Liverpool Albion as Geoff Gunning (we grew up together and went to school together) convinced me to trial at Marconi. Fortunately, they liked me and offered me a position with their U19’s. Mid-season Les Scheinflug had me training with 1st grade and shortly after I made my debut in 1st grade debut at 17.

It wasn’t all smooth sailing though, injury and lack of focus saw me depart Marconi after 3 seasons and I transferred to Warringah Freshwater (now Manly). But travelling from Moorebank to Manly, 3 times week was a chore. So, I left Freshwater and transferred to Avala (Bonnyrigg). I had a few seasons at Avala and then played at Blacktown City for 5 years. After a falling out with the new coach, I left. I played at Apia, under Tony Pezzano. Which was a little ironic because not long after joining APIA, Tony Pezzano joined me at Austral Bricks (where I was employed). Tony was my boss in the evenings at training and I was his boss during the day at work. We’re still good friends today.  I left APIA after 2 seasons (Tony was sacked part way through) and joined my junior club Moorebank in NPL2. But I still wanted to play the highest level I could, and an opportunity opened up at Fairfield Bulls under Joe Watson. I ended my NPL days with Penrith and finally, after moving to the Central Coast where I played and coached with the local club Killarney District Soccer Club.  I retired from playing at 38.

I really don’t think training was too different today. Particularly at senior level. Maybe there are few more toys and gadgets today, but the drills are the same or very similar. It obvious, but training is to practice not letting goals in and practicing scoring more goals than the opposition. As they say it’s a simple game. Whatever training method you use that helps achieve this is the right training method.

Never really thought about this. When I think back, probably a couple of things. My debut for Marconi v Wollongong was the most memorable even if it was only for about 20mins. And probably the Semi Final in the NSL between Marconi and Sydney Olympic. The game went to penalties. It was a stalemate after 5 penalties, so I was nominated to take a penalty. Extremely nervous against Garry Meir, I managed to score, and we went on to win the semi. Playing in 3 GF’s with Blacktown was a highlight. Unfortunately, we didn’t win one. Winning the local comp with Killarney was also memorable as the club hadn’t won a comp before this.

I had more clubs than Jack Nicholas. This wasn’t intended but just the way things worked out. As mentioned, Liverpool Albion, Marconi, Manly, APIA, Bonnyrigg, Blacktown, Moorebank, Fairfield Bulls, Penrith and Killarney Dist. The standout was Marconi and Blacktown. At Blacktown, despite not winning a GF, we were very successful over this period of time. I have very fond memories of Avala as well. The supporters really looked after us. They loved winning but hated losing.

Not really. Coaching wise, as a Liverpool supporter I think Jurgen Klopp is stand out for me, as is Alex Ferguson for obvious reasons. Even the likes of Wayne Bennet, Craig Bellamy are fantastic coaches in their own right.  There are obviously more great coaches, but I think they all share a common trait(s). That is, they have great communication & relationship skills. These are probably the hardest of skills to master and those I’ve mentioned have certainly mastered these skills better than most. As a player, I really liked the way David Lowe played, I think it was because he was unassuming. His touch and speed off the mark were remarkable. I also loved watching Kenny Dalgleish.

I wasn’t a noted goal scorer. I would manage probably 4-6 goals per year. I have to say the most memorable goal I scored was during an Ethnic Cup match at Granville. It was volley from the edge of the box and as soon as I connected, I knew the keeper wouldn’t stop it. The other memorable one was Marconi V Sydney City. We had long throw, Rod Brown flicked it on, and I managed to out jump Ian Rodrigues and nod the ball in off the far post.  There was also a very memorable one that almost went in. The grand final, Blacktown against Bankstown.  I hit a shot from the right-hand side of the pitch, outside the box, the keeper didn’t move but the ball hit far post and cannoned out to Lawrie McKinna on the edge of the box directly in front of goal. Lawrie hit it first time and hit the other post. We had so many opportunities in that game. Unfortunately, Bankstown scored the winner via Scott Bailey with about 10s left on the clock. It was a fantastic goal too. A volley from the edge of box.

David Low was a favorite. I liked the way he moved, and his touch was awesome. Craig Mason was another. Tough tackling midfielder. Maso was a ball winner, and all teams need a ball winner. His passing was also a feature of his game. I played a lot of football with Geoff Gunning. Geoff had a sweet left foot but that was all that was sweet     about Geoff. Everything else was pure power. Others included Tony Henderson – he was a         great general, calm under pressure, Joe Watson was skillful with and without the ball.  Mirko Radesovaljevic was a tough defender and absolute winner. Steve Berry – a box to box midfielder and many more. Antony Versi was another I played a lot of football with. He was strong as an ox on the ball and was freakishly ambidextrous. All different styles of players but the one thing they all have is desire and work ethic.

To be honest I haven’t seen a lot in recent years. I have only just now got back into coaching with Chris Ackerley at Killarney. From what I have seen, it looks very similar    to my era. Some people that are closer to it may argue with this. I do think it’s under rated, though as it always has been.

I think this is simple – more games. We don’t play enough games at all levels. Players develop when they are playing games. In particular, those players that do want to progress to be professionals. Players need as many games as they can get. Playing for 6 months of the year (at best) or 20 odd games just isn’t enough.

I don’t think so. In some ways today’s game is a little more technical and these playmakers are more protected. Back in my day, if you were a technical player or player that liked to ‘play’. You had an invisible bullseye on your back. These days, you can’t touch anyone. Everyone sees the game differently, but I don’t think they have been shackled. Players must find space to perform well and make an impact. Defenders do everything in their power to give the attackers as little space as possible. The good playmakers work extra hard off the ball to find the space they need. This hasn’t changed.

Nothing comes easy. Football is no exception. To be successful takes a lot more than just talent, ability or potential. There are thousands of kids with talent and potential. The ones that succeed simply don’t give up. They get knocked down and get back up again.

I would say a few things. Sure, you need talent and ability. But you also need to maintain your confidence. Don’t let some else take away your confidence. Good players play with confidence, and they don’t let a mistake take away their confidence.    Nothing replaces hard work. Work hard in games and at training.  Fitness is critical, the fitter you are the better you will play.