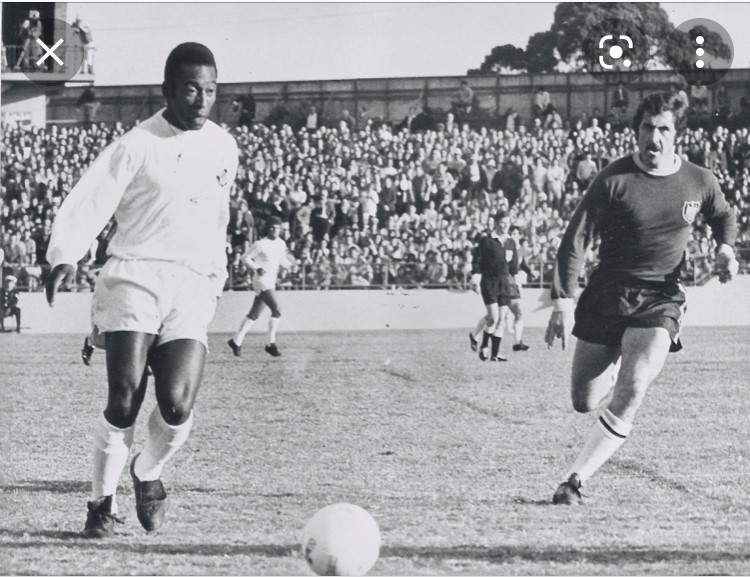 I was born in Croydon England and in 1968, emigrated to Australia, where I first lived in Brisbane, Queensland.

I started my football career at the semi-professional club Croydon F.C. in London, England. At the age of 16 in 1963, I was offered a professional contract with Leyton Orient F.C., but decided to emigrate to Australia, to play with the Latrobe Soccer Club, based in Brisbane.

In 1968, I moved to Hollandia Soccer Club, also in Brisbane.

In 1969, I moved to Sydney to play for Sydney Croatia in Division 1 (at that time, the top tier in the New South Wales competition), before moving to the Marconi club in Division 2 for the rest of that season. Marconi was then promoted to Division 1 after winning the Division 2 premiership in 1969.

I continued playing for the club, up to and including the first year of the National Soccer League in 1977.

I played 31 full internationals for Australia from 1967 to 1975 and was part of the first Australian team to qualify and play in the World cup in Germany in 1974.

The tour game at the old Sydney Sports Ground drew a big crowd and they were hanging from the rafters for that one. The fans took every vantage point to watch Pele and his star teammates.

My role basically was to shut him out of the game. My aim was to stop him from getting the ball and I succeeded but in doing so I ruined the day for thousands of fans who had paid to watch him play.

Pele would later tell a German newspaper that he had played against the world’s top defenders including Franz Beckenbauer and Bobby Moore, and the hardest game of his career was against ‘this moustachioed player from Australia who were preparing for the World Cup campaign’. He also said I was too good at what I did, and I could have been playing in Germany.

I am right behind the Socceroos and I think the Socceroos’ future is in the hands of Celtic’s Daniel Arzani and this young kid Awer Mabil who is playing some top football in Denmark.

Les Sheinflug – He played on the left and I looked after the right side. Les was a great mentor and changed my whole perspective on the game and my approach to it.

I gained a much wider appreciation of the midfielder’s role and the team’s structure and I learned how to control the tempo of a game. My move to midfield was without doubt the turning point of my career.

I faced many top players. The West Germany side of Beckenbauer and Wolfgang Overath that went on to win the 1974 World Cup and the star-studded Santos team that came here with Pele two years earlier were the best.

As far as the greatest player I have played with, I cannot go past Roberto Vieri at Marconi. He was at the end of his career, but his skill and vision were out of this world. I was so fortunate and privileged to play alongside him.

I opened a sports shop in Fairfield called the Sports factory and sold up in 2015 and am now happily living on the south coast of NSW.