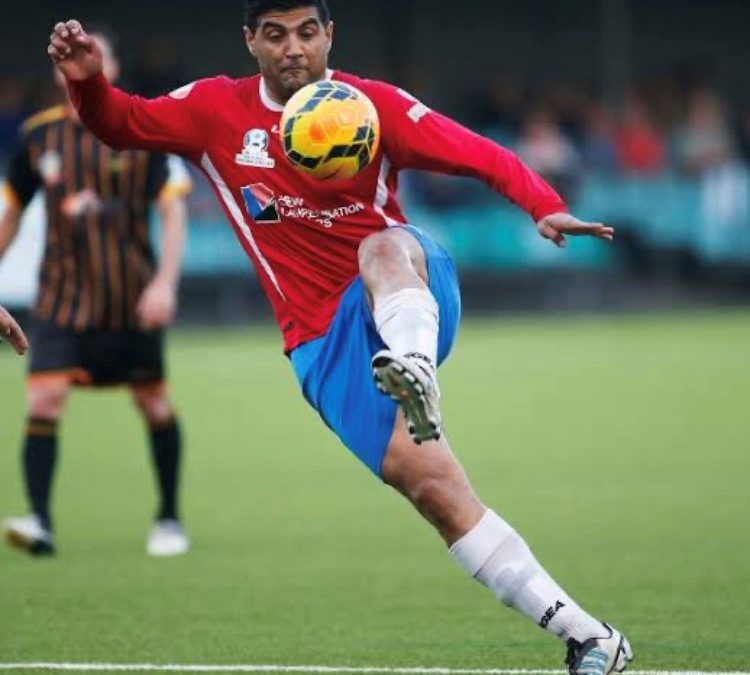 I grew up in Parramatta & I am the youngest of four children. We didn’t have much growing up, but I was very fortunate to have parents & older siblings who set a great example. They ensured I always stayed on the right path in life and were always very supportive in everything I did.

I played in the Auburn district Association, and I remember how much I loved it. I used to go to sleep the night before our game with my soccer gear on so that I was ready to play as soon as I woke up. After my match, I would stay at the ground all day to play with friends and watch every other game.

The furthest I was able to make it was the A-League with Adelaide United. Whilst I didn’t get too much game time, it was an experience I always dreamt of and one that I will cherish for the rest of my life. I finished in the A-League in 2009 and continued playing in the NSWPL until 2017.

Training was very basic in my era. It was more physically based rather than technically based. The best form of training I did was playing against my brothers & friends in the back yard. We would play for hours so I learnt how to protect the ball & develop my game against older players.

Apart from signing with Adelaide United, my greatest personal achievement was winning the Big Brother program. It allowed me to trial with Liverpool in England for approx. 5 weeks. I was fortunate to meet all the high-profile footballers playing for them at the time including Harry Kewell, Michael Owen & Steven Gerrard.

I played with two clubs throughout my NPL career. They were Apia Leichhardt Tigers & Bonnyrigg White Eagles. I was fortunate to play with some quality players and in quality teams in my time. My time at Apia was fantastic, I played with the likes of Franco Parisi, Nick Rizzo & Mark Byrnes. My time at Bonnyrigg was a huge success, we won multiple Minor Premierships and finals with players like Chris Tadrose, Ray Miller & Nikola Zonic.

The coach I admire is Ange Postecoglou. I love his philosophy and the way he wants his teams to play. His persistence and beliefs are exactly how I think football should be played. High tempo, attack minded, discipline & structure.

One of the most memorable goals I scored was in the last game of a season. We needed to win to snatch the minor premiership. It was 0-0 until the 93rd minute and I scored the winner. I remember the crowd and the celebrations when we went back Bonnyrigg’s Sports Club. It was a night to remember

Travis Dodd – he was down to earth, always worked hard and a great leader.

Franco Parisi – probably one of the most skilful and gifted footballers I know. It was like the ball was glued to his boot

I haven’t watched too much of it since I retired but I think the competition will help our young players develop and improve their game, with aspirations to make it to the A-League and then abroad.

I think we should be looking for technically gifted and fast paced players. The game has evolved and is a lot faster and technical and I think we need to provide better foundations and coaching methods for our juniors.

I wasn’t the most talented player or playmaker, and there were players who were a lot better than I was, but I think I read the game pretty well and I was comfortable in front of goals. I think players should know their roles and continually work to develop their skills further.

My message would be it takes discipline & hard work to be successful with anything in life. If you want it bad enough then you need to be disciplined in everything you do. Have no regrets because you never know who’s watching.