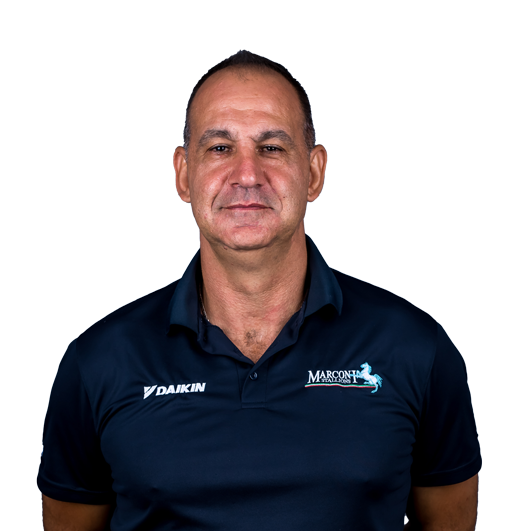 Born in Sydney 4th of August 1973. My father was born in Greece and my mother was born in Egypt to an Italian father and Greek mother. I grew up in the inner west and went to school at Lewisham public school then onto Dulwich High School until year 12.

I first started playing for Gladesville united under 5’s and I knew from that point I had a passion for the game. I enjoyed playing and training with my mates with no real expectations of the journey that was in front of me.

I played for my junior club St George Budapest the year they were relegated then Sydney Olympic (9 years) and Newcastle United (4 years) in the National Soccer league playing over 250 games. I finished playing professionally in 2004 when the national soccer league finished before the A league was formed.

I had just started as player in the NSW premier league for Bankstown City Lions in 2004 when the coach departed after just 4 games. I was thrust into the player/coach role. Coaching is something I always wanted to do but the opportunity came quicker than expected. Coaching for me is the next best thing after playing.

Player – Playing for Australia in the 1993 world youth cup and winning the Player of the match in the   opening game vs Colombia. Playing for Australia in the Atlanta Olympic Games in 1996 scoring vs Saudi Arabia in a 2-1 win. As Coach – Winning 3 championships with 3 different clubs. Promoting Marconi Stallions in 2017 and coach of the year in 2011.

At Marconi as head coach my priority is with the senior teams but supporting the whole football   programme and advising the club.. 1st grade train 3 sessions a week plus games on the weekend.  Behind the scenes we undertake coaches’ meetings regarding session planning and player/match analysis.

My coaching philosophy has evolved with the influence of my past coaches and studying current coaches around the world. I try to take the little bits I believe works for me and implement them in   the environment that presents itself. As coaches are forever learning and evolving every time we take to the training field.

No different to my playing career, I never look too far ahead with expectations. I try be the best I can be currently and take the steps needed to improve, and if the opportunity presents itself to coach at   a higher level, I will be ready to take it with both hands.

I prefer not to name any player I have coached. There have been many great players whether established or where I have helped develop to go on to bigger and better things. I have a great relationship with all players past and present I have ever coached which gives me great satisfaction.

Enjoy what you do and be the best you can without any expectations. Dreams can become a reality if you work hard on everything you can control to be a better player one day at a time.